Earth Day: Investing In Our Planet 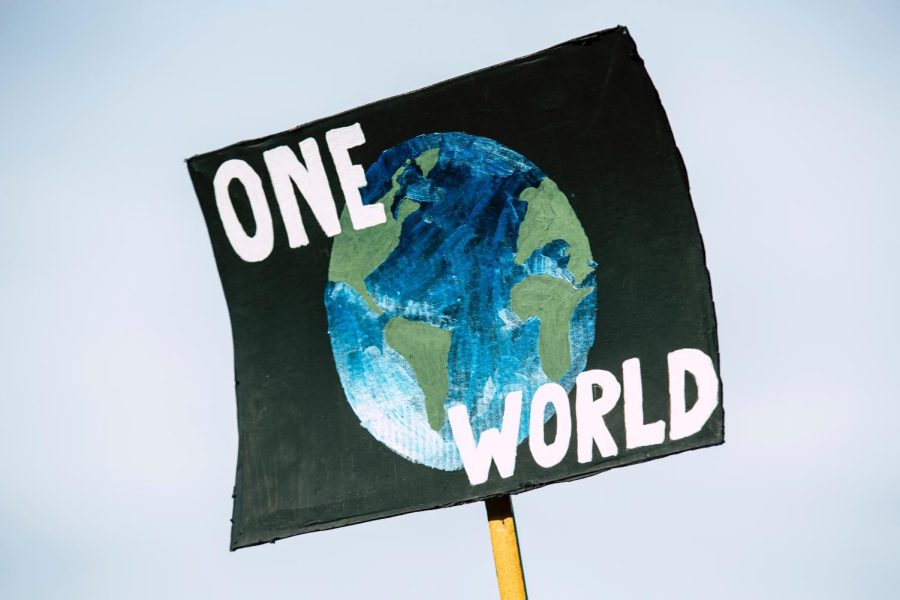 The month of April notoriously welcomes springtime to Virginia, fitting for the celebration of Earth Day.

Marked by the blossoming of daffodils, azaleas and bluebells, the countdown has finally completed. On Friday, Apr. 22, nations across the globe will coalesce to celebrate the 52nd annual Earth Day, themed “Invest In Our Planet.” But the festivities won’t cap off after 24-hours: April has already seen a vast array of cleanup efforts across Norfolk and Virginia Beach, and more are sure to follow as Virginia’s sultry summer inches closer and closer.

“To me, Earth month is mentally refreshing,” says ODU biology student and climate activist, Meagan O’Donnell. “It’s a time when many people are actually paying attention to and caring for the environment and the world around them, compared to other months.”

From the Surfrider Foundation to Virginia’s Sierra Club Chapter, there are no local shortages of volunteering opportunities across Hampton Roads for students, faculty and family alike. Yet, many will rally on Earth Day only to rebury their enthusiasm by sunset. For climate activists like O’Donnell, it’s a disappointing reality.

“The meaning behind this holiday is incredibly important and I wish the energy that people had for the month of April was carried out all year long,” she urges.

Such concerns are not uncommon and are often discussed among international climate activists, dating back to the first Earth Day in 1970. In an article titled “After Earth Day,” published that same year by the American Association for the Advancement of Science, Dael Wolfle claims that one honorary holiday does not allow the permanent attention required to reverse the effects of climate change. He argues that education is the only way to keep the momentum going.

Half a century later, this goal remains the same.

“I’ve been trying my best this month to have the hard conversations more often,” O’Donnell explains. “[I want to] spread necessary information to bring attention to climate change and other environmental issues, such as fast fashion and endangered species.”

O’Donnell’s gusto is nearly identical to the pioneers of Earth Day, who channeled their fervor into educating the public about the protection of natural resources.

On Apr. 22, 1970, just eight years after Rachel Carson’s “Silent Spring,” around 20 million Americans (10 % of the population at that time) rallied for increased environmental protections, the majority being college-aged students. This gathering resulted in the creation of the U.S. Environmental Protection Agency and the passing of several environmental protection laws that citizens had never seen the likes of before, including a ban on DDT, a harmful chemical that Carson advocated against.

By Earth Day 2000, nearly 5,000 environmental groups across 184 countries called upon millions of civilians to build up the movement. Ever since, Earth Day has come to inspire conversations for over one billion individuals across the globe each year. And yet, the threat of climate change has only magnified over time.

“I think the majority of people our age are handling climate change in the best way they can,” O’Donnell continues. “Despite all the uncertainty and anxiety, our generation has done an amazing job at making their voices heard.”

Just this month, the Intergovernmental Panel on Climate Change (IPCC) released a report detailing that we already have the technological means to reduce our impact on the climate.

IPCC Working Group III Co-Chair, Priyadarshi Shukla, argued that “Having the right policies, infrastructure and technology in place to enable changes to our lifestyles and behavior can result in a 40-70% reduction in greenhouse gas emissions by 2050. This offers significant untapped potential.”

Such news offers a rejuvenated sense of enthusiasm for young activists like O’Donnell. But the realization remains that 2022 is the most vital Earth Day yet, as so much is riding on decisions currently being made.

“Climate change is absolutely exhausting in all aspects of life,” she conveys. “At times it’s so hard to be an activist all the time. But I feel that despite all the negativity surrounding climate change, we are able to still find joys in life to get us through.”

For more information on climate change, Earth Day and how to celebrate it, be sure to check out the following resources: